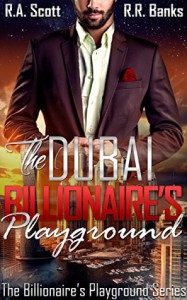 I'm so... confused. I thought my Kindle was giving me fits but this actually is the longest fucking romance you'll come across in forever at 750 pages!

Shit, three-quarters of a thousand pages of romance must have it all - sexy times, melodrama, maybe some suspense, family secrets, pregnancy scares, the whole fucking shebang, right?!

No. What it has is an Encyclopedia-level explanation of the International Oil Consortium and the business practices of a harbor in the Middle East and the history of foursomes between these two BFFs and an oddly detailed but still somehow vague explanation of how super fucking amazing these women are for being the best in their career fields as soon as they exited the womb. I have never seen an author try so hard to create Mary Sues - they literally take no effort at all.

As if that wasn't annoying enough, there are POV changes mid-paragraph like the author lost track of who they were supposed to be focused on. There are mid-convo infodumps that sound like reading an owner's manual. There is completely superfluous information scattered throughout - the car kicked up dirt as she drove down the road, but who the fuck cares? It has nothing to do with the current overly detailed conversation she's having on the phone. It didn't segue into anything. In a book that tops out at 750 pages, there is no good reason for filler bullshit that draws you out of the story due to its pure inanity.

But wait, there's more! So the h meets the H and it's literally the most bizarre conversation. She is of course dumbstruck by his oh so handsome appearance and he goes on this brown nosing slash worshipping rant about how smart and awesome she must be and he's heard rumors about her awsum speshulness. I swear the guy was like a puppy, he was damn near piddling the floor. But not in a "oh wow, this woman is so incredible it's intimidating" kind of thing, but more like a "let's reinforce the idea of how awesome this woman is by making a stranger gush about her like a 12 year old meeting Pam Anderson" kinda thing.

This was incredibly frustrating to read and I gave up before I made much headway. Nothing was really happening and there were so many pointless infodumps that I actually forgot what book I was reading and had to check the blurb again.

I am accepting of a lot of shitty writing, but this is just so bad. Everything about it just bugs the shit out of me.
2891 FOES VANQUISHED