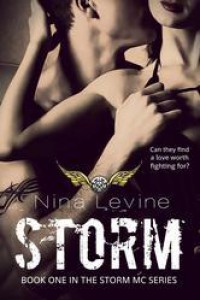 So... Madison was almost raped, screwed up her relationship with the biker guy that saved her, and became an alcoholic. Then she decided to date a rival biker who almost beat her to death when she tried to leave him. Follow that up with leaving town instead of dealing with her issues, joining AA, and replacing her addiction to alcohol with an addiction to meaningless sex with strangers and cigarettes. (Edit: She did not replace her alcohol addiction with an addiction to having sex with cigarettes, she just smoked them like a chimney. Poor wording on my part.) Obviously she is not a very smart girl. She hasn't actually dealt with any of her issues and only replaced one addiction with a couple other addictions.

Then we learn there is some trouble at home and Madison's brother wants her to come back so she can be protected, as the rival biker that almost beat her to death is the one causing trouble and he has reason to target Madison. Does she listen? No. Growing up around bikers, she is entirely clueless to the whole "Once you're in, you never get out" mentality that they have. Apparently her moving away means, in her mind, she's safe. Which she's not.

Making a compromise, Madison's brother decides to let her stay, but he's sending out one of his guys to protect her and hopefully convince her to come back home. Her reaction to this is that she hopes her brother will send somebody she can walk all over, because that's obviously the type of person you'd want protecting you from a murderous psycho. When she finds out the guy sent to protect her is her ex that rescued her, she cops a huge attitude and goes into Major Bitch Mode. Because that'll make things so much easier on both of them, right?

I love biker stories, but no amount of sexy alpha male in leather could make me put up with Madison for a moment longer.
2891 FOES VANQUISHED