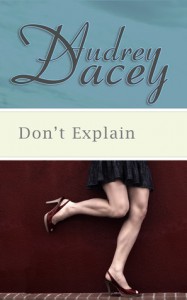 Oh my god. This was so very tedious. In between every cliched trope you would absolutely expect from the story described in the blurb, we're told about every single mundane activity two people go through during various scenes.

And then she sat at the table and started eating. There was a tension in the air. Sexual, of course. Slowly savoring the food, she stole glances at him from across the table. Just get through this dinner and it'll all be okay. She took another bite of food. She thanked him for making her such a delicious meal. They both pushed their chairs under the dining table and took their dishes to kitchen, placing them the double sink. He started soaping up a wet dish rag while she scraped the bits of food off their plates into the trash can next to the fridge on the left side of the kitchen if you're looking at it from the dining room, which was decorated with orange flowers and a lovely muted gold that reminded her of a sunset she once saw back in college after a night of drinking with her best friend and sharing their dreams about oh my god who the fuck cares at this point?

It's like the most boring filler ever. Your book's not long enough? Add in a few sentences about unlocking a door. Or describe the step-by-step process of making a cup of espresso, because that's not a super boring topic to read about or anything. Maybe a paragraph about putting a doily on a plate.

Another issue I had with this story was how god awful painful it was to witness Caitlyn around Michael & Margaret. It was torture. It was so over-the-top and ridiculous, I could hardly stand it. Caitlyn was a doormat in college, but has apparently turned things around and is now a Strong, Independent Woman™. But as soon as Margaret comes along, well now she's a martyr and a doormat. Greeeat.

And honestly, I kinda hated Michael for making the choice he made. He was such an idiot, over and over. I was so happy when Caitlyn refused to take him back, I fist pumped the air. I'm not sure if I was happy over Caitlyn finally growing a backbone or Michael being rejected.

Either way, I'm not impressed with this story.
2891 FOES VANQUISHED