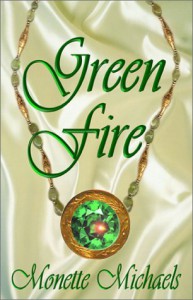 This was a very frustrating book. Mainly, I found Lisa to be downright stupid. Get comfortable, because I have to rant a little.

She hears a voice in her head repeatedly for days, but even though the voice is responding to her thoughts and speaking in full sentences, she's like "It must be the wind." And not like, "It's just the wind. Yeah, that's it. The wind, just the wind. Not voices, no. It's just the wind." Not like she's trying to convince herself that she's not hearing voices. But brushing the voice off as nothing with the nonchalant thought that it's probably just the wind. Because she's dumb, see?

She is aware that danger is coming and has a diary from her great-grandmother explaining everything about her powers and what she needs to do to protect herself, but she reads it as if it's just a historical romance she gets into for an hour before bed. Like it's no big deal and she'll just get around to it. The bad guys will wait to attack until she's gotten a chance to finish her reading.

She finds out Marco has magical hoodoo powers, too. She only found out about hers like, a week ago. Does she ask him a single fucking question about how it works, where it comes from, what he's done with his powers, anything? No. "Oh, you have powers, too? That's cool. See you later."

She has a prophetic dream that Marco will fall off a cliff. To avoid this fate, she pushes him away. The whole "only Lisa and Marco together can defeat the bad guy" thing hasn't sunk in with her. It never occurs to her brilliant mind that the fate she saw in her prophetic dream was caused by her pushing him away to try to save him. And even as it's happening, she's not fucking getting it. "In my dream, Marco fell off a cliff. So instead of avoiding cliffs, let me run away from the bad guy by climbing this god damn cliff right here." And the whole time she's climbing, she's congratulating herself on saving Marco by leading the villain up a cliff. It doesn't even occur to her until he's about to die that this is the scene she saw in her dream and even then, she doesn't register that it's her fault for bringing them here.

There are like, a dozen bad guys after Lisa. The author spent so much time with that nonsense. We get a non-romance with the town sheriff, a lot of action from a cokehead, some more nonsense with a stalker ex-employer. So much time wasted in the first half of the book.

The ending sucked, if you can even call it an ending. There should have been one more chapter or epilogue. It didn't even feel like the scene was finished, much less the book. It's literally like "save your life, love you, the end"... What?! What happened to the rest of the bad guys? What happened with the emerald mine? Did Marco stay with the DEA? Zero questions answered. And quite a few dangling plot threads regarding the town sheriff and Marco's partner.

Overall, it was quite unsatisfactory.
2891 FOES VANQUISHED