The Legacy of the Key 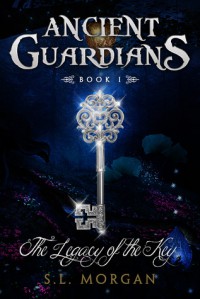 09/15/2016 Edit: I've now had to blacklist this author due to her fans harassing me with her encouragement.

Are you freaking kidding me here? This can't be serious... Okay, even non-Americans should take issue with this in a post-9/11 world.

YOU are the main character, whose name I've already forgotten - no offense. Imagine you're on a plane, luxuriating in first class as you usually do. There are two men in pilot uniforms sharing first class with you. In the middle of the flight, you notice the two pilots enter the cockpit. You think to yourself, "Hmm, that's weird." And then you look around and notice two things: all the other passengers seem to be in a trance, unresponsive in their seats and two dudes that stared at you earlier in the airport are now walking up the aisle and entering the cockpit. So then you think to yourself, "Huh. Must be kinda cramped in there." IT MUST BE KINDA CRAMPED IN THERE.

ARE YOU FUCKING KIDDING ME?!

That's what you're going with here? Four fucking randos just waltz into the cockpit while the rest of the passengers are checked out like they OD'd on Xanax and you're going to contemplate the tight fit instead of wondering what in the everliving fuck is going on and freaking out LIKE ANY NORMAL PERSON WOULD?

Now there are six people in the cockpit and the plane starts diving, jerking, climbing. You look around and see everyone else is still in a trance. You're in a plane that is literally crashing and you do nothing. There are some flashes of light, the plane levels off, the pilot comes over the speaker thingie and says there are mechanical difficulties and they're turning the plane around. All the other passengers are now totally fine, behaving normally. You obediently get off the plane with everyone else and notice the two dudes that entered the cockpit - the two dudes that stared at you before boarding the plane? They're now staring at you...again. You go home and brush off the whole experience as an inconvenience and plan to fly out tomorrow.

ARE. YOU. FUCKING. KIDDING. ME.

You literally just watched two "pilots" and two strangers storm the cockpit of your fucking plane and you do nothing? No phone call to loved ones? No screaming? No "Hey, what the fuck?" You see people in a trance and you don't freak out and start trying to wake them up? You don't pull out your fucking cell phone and take a selfie as your plane is crashing? NOTHING? You hear the pilot give a technical difficulties excuse for the mid-air acrobatics, let's not even touch the trance shit, and you just walk off the fucking plane like it never happened? You don't wanna know where the TSA security, the police, the FBI, the NSA, the DOJ, Homeland Security, or the Sheriff of Nottingham are? Because at least two of them should be there! But you're just like "Ugh, now I have to call my friend and ask him to come pick me up."

You should be asking a shitload of questions. Instead, you go out to dinner with friends before coming home and finding yourself face to face with the ghost of your dead father. He says nothing, but you feel like he's examining you. And you know what? He is. Your father came back from the dead because your head needs to be examined. You're so fucking dumb, your dead daddy is just staring at your head wondering where you went wrong. Was it his fault? How could he not see it as you were growing up? Maybe it's due to the lack of a mother figure. Did it happen after he passed away? Did you crack from the grief? There must be some reason for your brain to not be working as it should.

Because if your brain was working as it should, you would have doNE ANYTHING OTHER THAN WHAT YOU DID, YOU FUCKING MORON.

.... Needless to say, I will not be finishing this book. I gave up after Ghost Dad's appearance at about 4%. THAT much stupidity happened in like the first two scenes. I can't imagine what preposterous amount of stupidity the other 96% holds but I know I can't handle it.
2891 FOES VANQUISHED