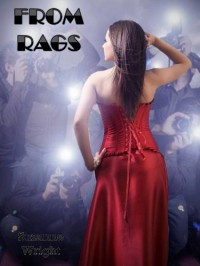 4.5 stars I just can't force myself to give it the full five stars for two reasons. The first reason being that this book is poorly edited and that was super annoying. The second reason is that I have a really hard time believing that Jaxx can be so self-assured and comfortable with herself, but still not understand her own self-worth. It was a dichotomy that didn't ring true for me. But it wasn't extreme - she certainly wasn't a doormat or one to allow people to misuse her - so I can't justify dropping the rating.

The story itself, the characters, their development, the romance, the suspense - all of it was A+. I loved the sparks between Connor and Jaxxon, not to mention the sex scenes. And the suspense drama was well handled - the author gave us quite a few options for bad guys and I wasn't terribly surprised at the reveal, but it easily could have been a number of different characters. Mostly, I liked Jaxx and her 'fuck all you silly twats' attitude. She was abrasive, but not cruel, which I think a lot of authors have difficulty with portraying. But Jaxx was just the right level of bitch to be enjoyable.

Overall, I really liked this one and would definitely recommend it.
2891 FOES VANQUISHED